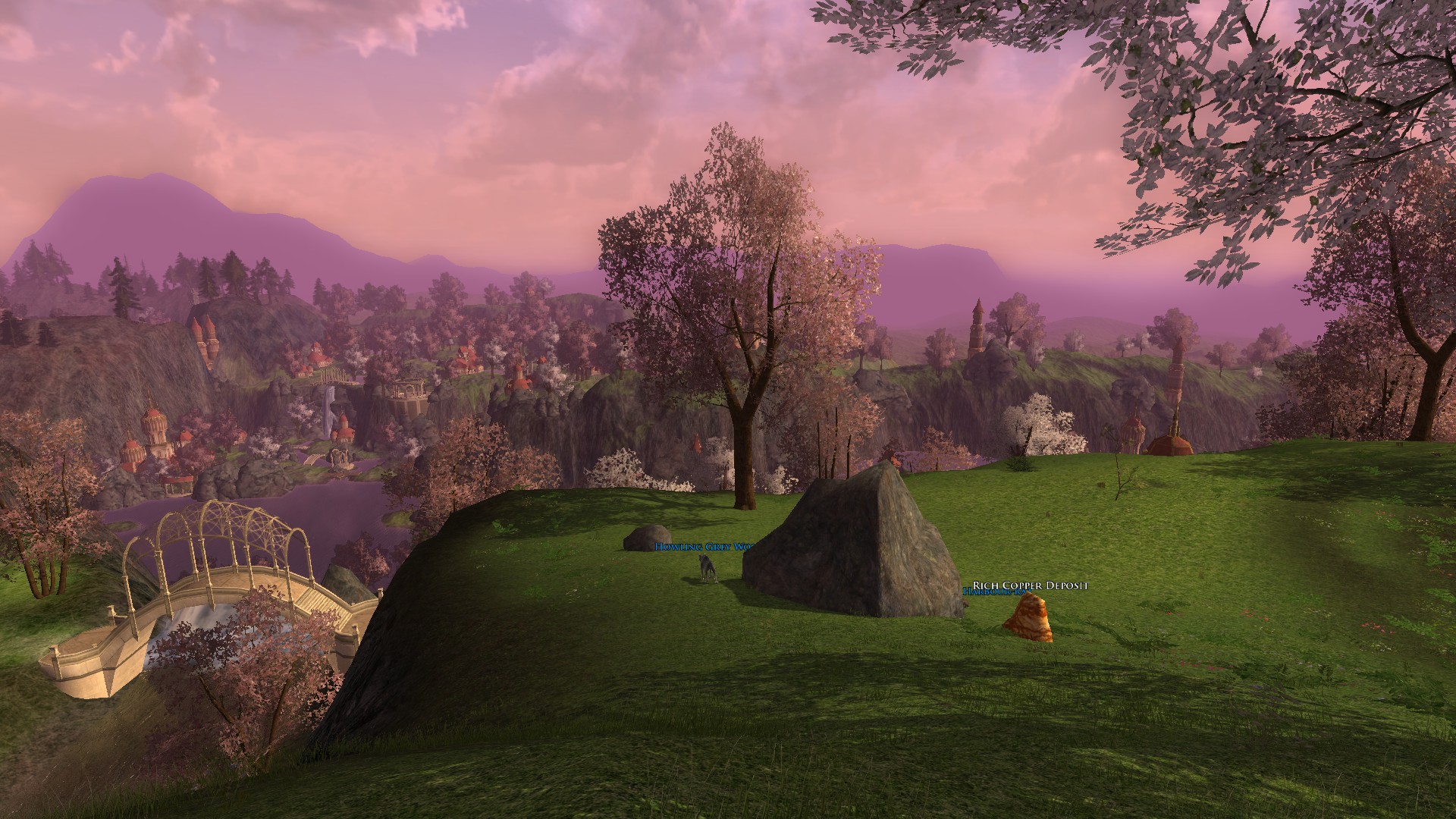 That isn’t asking for a close-down, to the contrary, actually.

Part of being a dirty time-casual is that there are way more gaming options out there than could possibly fit in the schedule. This is both in relation to games in general and in terms of MMORPGs. I’ll take a look at the latter here. Even when I was very happy to stay in Elder Scrolls Online for the first half of the year as well as with my choice for the second half, there are quite a few MMORPGs I’d like to see through to the end.

Lord of the Rings Online: If I were able to stick with it, i’d be playing it right now. Lotro is beautiful, especially the landscapes. Turbine did their very best to recreate one of the most iconic fantasy worlds out there- and succeeded, in my opinion. Unfortunately, I think its time comes to an end (not official! just gut-feeling) in the coming year, due to licensing. I’m sure they’d keep the lights on as long as possible- but when they aren’t allowed anymore? Who knows. Could WB save it or simply not care to shut it down? Possible, I don’t know. But we do know the license is up in 2017.

Still, I could play it whenever the mood strikes- and I possibly will at some point, but whenever i think about the need to see this recreation of middle-earth, I remember Moria and a sigh escapes my mouth. Honestly, not even Gandalf wanted to go there. Could Lotro still be a subscription game if they had chosen overland zones for their first expansion?

Maybe i’ll get past that, at one point. I hope so.

The Secret World: No problems with this game whatsoever, just difficulty to put it into my rotation. Sure, it only has missions as content, but it has one of the most engaging storylines in the genre.

Blade and Soul: There aren’t many MMORPGs that have an eastern setting and flavor of story while being a triple-A product and quite fun to play. Blade and Soul is one of them.

Wildstar: Look, revenue is increasing…but it’s still at $2 million a quarter. That’s really not all that much. I still feel this is undeserved- it is a solid MMORPG maybe released at a time when many were tired of that old formula and Wildstar maybe didn’t do enough to shake it up. I have to confess that here, i wouldn’t be in it for the game, the zones, the story, the atmosphere, but the housing. In Wildstar, housing would be my endgame; unfortunately, I feel it starts too slow despite being introduced at an early level.