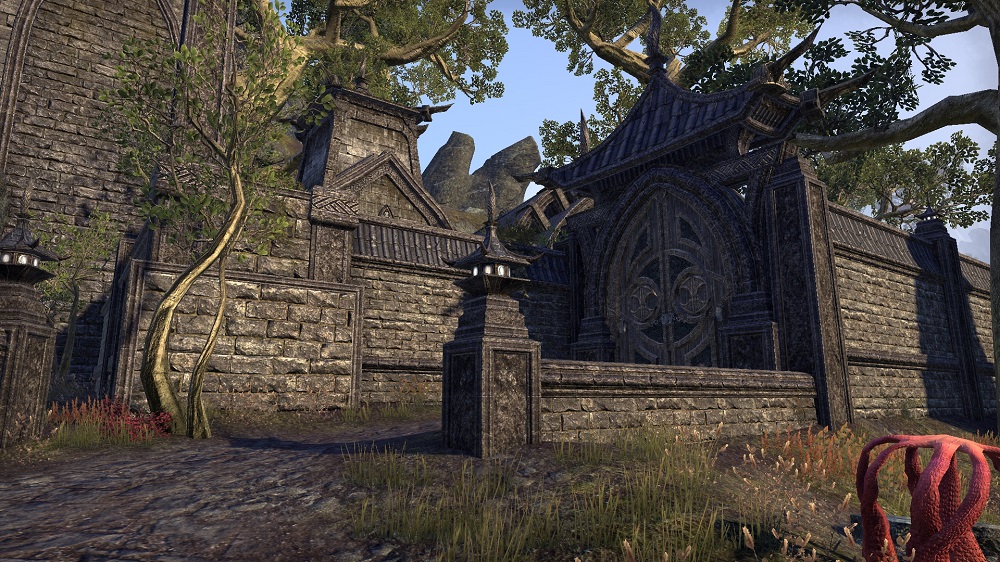 Elder Scrolls Online will get housing in its Q1 2017 update- we know this already. We probably also know that it’s semi-instanced. I’m very much looking forward to housing in ESO – but i do have a few wishes.

I hope housing will be accessible very early in the game and not be a max-level thing. It should also be somewhat attractive by default- players who like housing are a creative and loyal bunch, if housing is done right. However, housing players will only “suffer” through so much gameplay they don’t enjoy to get something for the part of the game they do. Leveling to 50 would be a bit long. Of course housing should scale very well and accompany players throughout their characters’ lives. At any point from level 10 onwards, i’d like to be able to see and do something about my house.

I hinted at that wish above, but i think this bears repeating: don’t make me run 10 dungeons to – maybe- get some housing item i’d like. Don’t simply attach housing stuff to achievements. Sure, do housing drops, they’re nice loot. Ideally, housing would be a different path to take in the game, maybe even accompanied by a new crafting profession or new recipes for existing crafting professions.

I hope we’ll be able to share our spaces, let visitors come in. A player owned house would be great for guild meetings. It would be even better if we were able to visit houses of strangers (if they set the appropriate permissions).

There are great housing systems out there- Wildstar’s and Rift’s housing systems are both very accessible and very complete- however, in both cases i had trouble to connect them to the virtual world they should be in. It’s not a lore- or immersion problem, per se, as the teleporting and locations fit into both games, but in both cases, i couldn’t shake the feeling of disconnect. In ESO, we already seem to know that the houses are part of the zones, so this wish seems to be granted.

It is very important for an MMORPG to have means of spending earned gold. The last couple of years brought us more and more alternative currencies in other games, often different ones for different activities (questing, dungeons, pvp etc.). You’d get some kind of token that you can then spend at some NPC for items. It’s an…ok system to have, but as with bound-on-acquire gear, i think of it as a band-aid that’s hurting the economy. You really only need one currency- gold. Elder Scrolls Online thankfully features gold as a currency mostly, to my knowledge. While i am always broke in this game (and think this is a good thing), i’ve heard others state that they didn’t know what to do with their gold- housing is a good way to get them to spend it.

Of course we know housing is going to be monetized in the cash shop- there’ll be exclusive items, possibly even houses, and i have no problem with that. As with everything, though, it’s important to keep a balance. I think it would be a shame, for instance, if crafters couldn’t create anything for the houses, in-game means would be quite limited and everything else would go into the cash shop. Housing items should be attainable through as many means as possible, including but not focussing on the cash shop.

Some time, i guess this month when i’ll be looking for inspiration, i’ll tell you the tale on how i got interested in MMORPGs. The short version is: i wanted to become a baker. Nowadays, i’d like to become a tavern owner. Sure, setting up one’s home is nice and all, but in the end, that’s kind of limited in scope- let us build taverns, bakeries, shops, barracks, hiding spots, casinos and more underground stuff. This ties into the wish of housing being shareable, as well- as a tavern owner, for instance, some visitors would be nice.

So that’s basically it- i guess i’d like it to be as close as possible to EQ2’s housing with a hint of Wildstar’s to add flavor.

One thought on “Housing wishlist for Elder Scrolls Online”