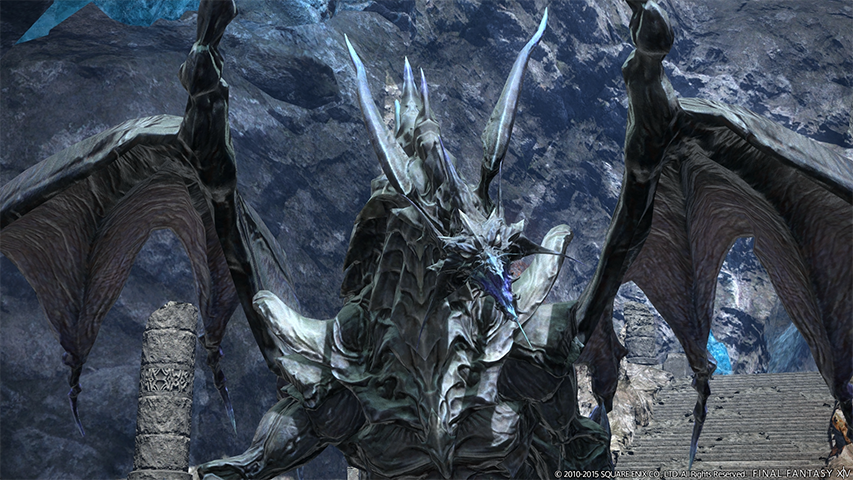 Woe is me, i’m falling into a trap again! I was really enjoying the first six months of this year when i played Elder Scrolls Online exclusively. Of course, MMO wanderlust was still a thing, but i kept it under check- until the summer break, that is. Interestingly, actually having even less time to play made me ponder my options more than before. Elder Scrolls Online is a great game, but to be honest, it’s not something you log into for half an hour or so to dabble a bit in and log out after a short time. The story-and-lore-heavy quests take time, which is a good thing. But it also means that you have to devote that time and i’ve found it quite difficult to do in the bright season. I don’t know about your place, but summer in Germany means daylight from about 5 am to 10.30 pm- i know it’s very different in China, where it’s dark at 8/9 pm in the evening (Shanghai area). It’s more “difficult” to lose yourself into a game.

That’s where WoW came in- it’s perfect for the time and season, especially at lower levels. Quests are like quality fast food- they don’t take a large commitment of time and attention while still not being totally empty shells of thinly veiled grind. WoW offers polished content directed at people of my age and available time to play. So i decided to stick with it. WoW’s mainly a solo affair for me, although i guess i’ll look for company at some point in the future.

And yesterday, this happened.

Reasons? Do i need any? Well, i can blame others again. Aywren‘s the guilty party this time, as she struck a three-punch-blow. Interestingly, two of the three posts i’d like to submit as evidence pieces A, B and C aren’t very positive at all. There was her post about MMO Discouragement, basically dealing with burnout light. But she also revealed interesting tidbits about her personality.

I feel the need to bow out of voice chat and excuse myself from running dungeons after about the second or third one. It’s hard to express to FC folks that it’s not anyone’s fault — it’s nothing anyone said or did — it’s just who I am. I know I need to keep a balance, because the alternative is burning out… and not playing at all.

This is something i can honestly relate to. I don’t like voice chat…at all- while i can hang out there for a while and usually have more fun talking with guildmates, it’s still stressful for me- and the same goes for group content in general. I need time to prepare- not in terms of mechanics, but…well, emotionally? I don’t know what it is, but the chances for you to get me to join a dungeon group spontaneously are slim. Well, it gets better when i know the people involved. Unlike Aywren, one dungeon run usually is enough for me.

The other two of her posts were about the new endless dungeon thingy and an article on MMOGames.com about the state of housing in FFXIV. It’s also not very positive. I guess in the end, it came down to her sharing these tidbits about herself and the knowledge that she’s also a guild leader. As we do have history together, Aywren being one of the people i always kind of expect to read this blog and being very, very supportive of it as well as joining in two editions of Dual Wielding, adding to a general feeling of sympathy, i wanted to join her, so i asked whether she thought if her guild and me were a good fit. Before, i was simply pondering a return to FFXIV, but the ability to join her was a requirement- but as soon as she green-lit my joining them, i never had a chance.

The sub empire strikes back

Now, i know playing three MMORPGs in the leveling phase is too much for me, especially if you consider that i’m quite devoted to Elder Scrolls Online and especially my self-created guild there. Even if we’d overlook that, there’s a budget concern here: three MMORPG subs cost about 33€ a month (if subbed for 6 months) and while this basically comes down to two solo-runs to a cinema (or half of a visit with my wife- she always needs snacks, i only need beer ;)), it’s still too much to spend without thought. So i thought about it- for instance, what if i subbed to two games at a time on a monthly basis, switching them around? Hmm, that would be 26€ a month- not much to save here.

On the other hand, there are a few things to consider- first, we’ve moved. Into this:

Here’s nothing. No cinema, no bakery, no shops- only one local restaurant/bar. We chose that because we like it that way and think that growing up in this environment will be good for our son. Even in the small town we used to live in until 6/30, there were many possibilities to spend money on a whim- not in the mood to cook? Eat out, instead…that’ll be 40€, please. We did this on a weekly basis. So we’re saving money anyways.

The other thing is…subscription MMOs are so relaxing. I know those who opposed free-to-play from the beginning were saying this all along, but with sub-games, i don’t feel like i’m in a mall all the time. No talk of pay-to-win, no trying to figure out how the company’s going to sneak into our pockets. Sure, both FFXIV and WoW offer additional stuff, but it’s easy to ignore that. And ESO is a buy-to-play game, selling stuff as well, but they rotate stuff in and out from the cash shop, so they don’t sell a trillion outfits at once or put them into lockboxes. For now i’ve decided to give FFXIV a 30 day trial and see if it sticks.

On Final Fantasy XIV: i always liked the game but hated its gating of features/content behind the main story questline, mainly because of the forced grouping stuff. Those three introductory dungeons alone take me about a week each to find the time and will to go through them. That’s a huge roadblock- i do think, however, that it’s not going to be as big of an obstacle this time around, as i’ve joined a friend and a very kind guild who welcomed me warmly and offered help in game.

I spent most of the time chatting, yesterday. With new acquaintances in the free company as well as with Aywren- and had a lot of fun doing so! The other thing is that i’d like to get my money’s worth- after all, i bought Heavensward when it released, but all they gave me was that dragon race.

On playing three MMOs simultaneously: it’s not optimal, but i’m past the point of trying to force me to have fun in a way that’s not fun in that very moment. Also, as my ambitions in end game are basically “own a nice place, dress up and continue to have fun”, i expect it to be much easier when i reach the level cap in these games.

9 thoughts on “The sub strikes back – now what?”