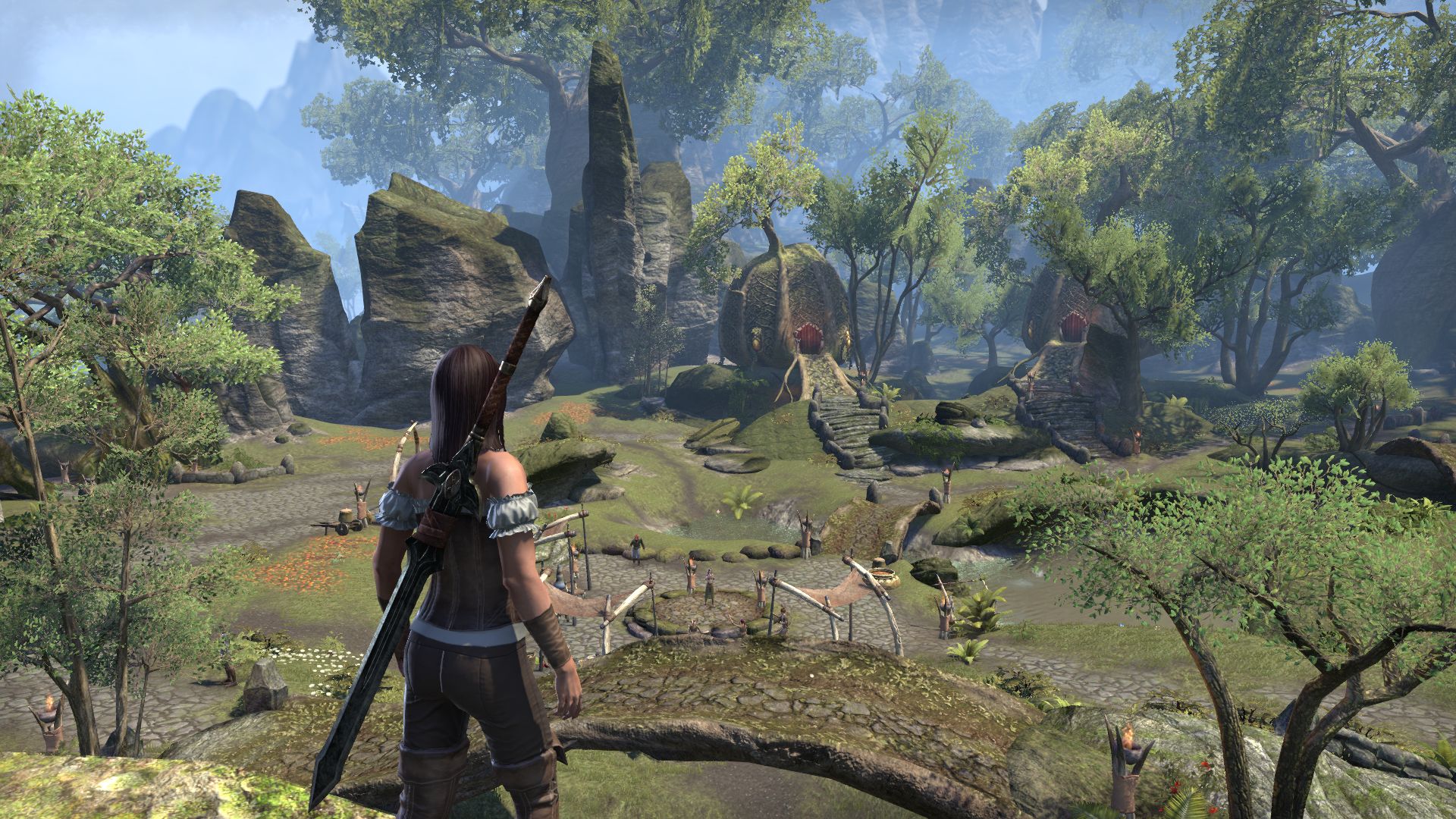 Last week i started venturing into Greenshade, but only entered Marbruk and did some guild quests there. Then Black Desert Online happened, so i gave it two nights to play around a bit. Yesterday and today, i wanted to venture out in Greenshade. It turned out that i didn’t get to quest at all yesterday because of a very active guild chat (we have two new recruits, raising our count to 9), so it had to be today. I did a main quest and then set forth to explore Greenshade a bit. After the amazing wood-zone of Grahtwood, the more open design in the beginning of Greenshade is a welcome change. Just like all the other zones, Greenshade seems to be beautifully designed. I like how the zones in Elder Scrolls Online are open and “realistic” while still being breathtaking almost all-around.

I have the task to bring these Bosmer clans here under the umbrella of the Aldmeri Dominion, so i went out to the first village and see what they wanted. They wanted me to drive an orc clan away. Difficulty is ramping up here- i wasn’t in any trouble, not by any means, but that orc clan area was quite full of orcs- don’t pay attention and you just might pull too many of them. I think it’s funny that Belghast did the same thing a few days ago and wrote about it yesterday, although i think he’s doing it in Veteran Ranks. Then i went and talked to that Wilderking of theirs. He’s strangely curious about someone who’s coming to kill him.

So for today i’ll leave you with a few screenshots of the area.