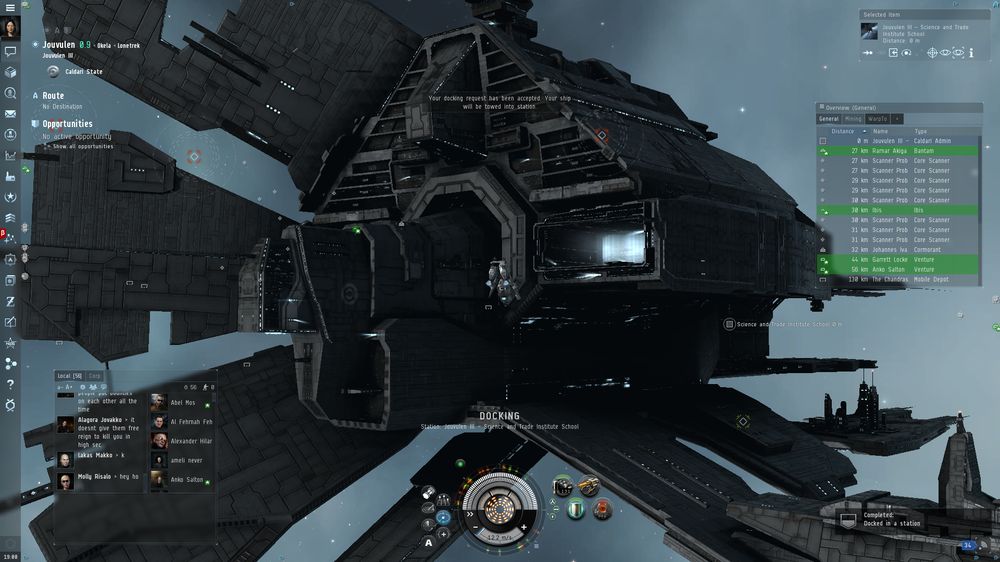 So, EVE. I’m totally lost and reckon that, maybe, my ship (a Bantam) isn’t really the right one for going mining. I guess i’ll need to research for a better one. You know, when returning to an MMO, normally i don’t have to find out how to move again.

Anyways, seeing the player driven economy put a smile on my face already. I don’t know, though- with EVE, half the job is figuring out what you want to do – i’d like to start with mining and maybe some production later and then find out how to do that, exactly.

Getting to an asteroid belt, then back to station to find out where noob ore is most expensive in the area, then doing 4 jumps for 50k ISK isn’t worth it- even for me. After all, i already have 8 million ISK, the equivalent of roughly 0.20$ (hahaha). To play EVE, you have to read about EVE. Still, beautiful it is.