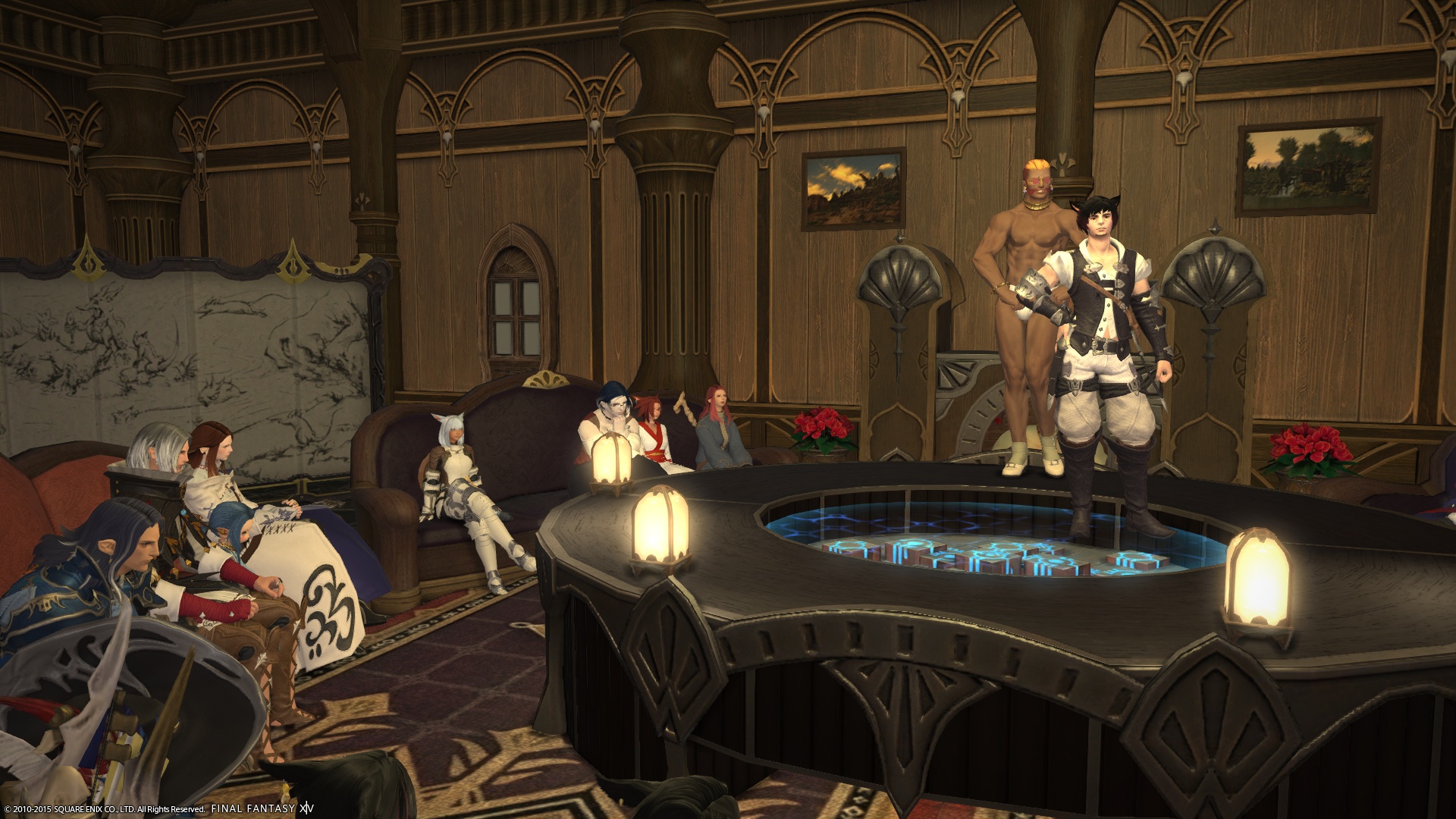 Have i mentioned how much i like the Global Chat column on Massively Overpowered? I think it was the first one that started featuring blog posts of “regular people bloggers” on the more respected sites relating to our genre. Liore did something like that on mmorpg.com a while back, but i think that this column was discontinued- it’s hard to tell with mmorpg.com’s way of organizing their content. Then there were Murph and Belghast, doing their thing on MMOGames.com, but i think that one was discontinued, as well.

Massively Overpowered, MMOGames.com and MMORPG.com- what do they have in common? They’re more or less branding themselves as “professional bloggers”, if you will. Their staff gets paid (i think) for their posts and they have a big audience. The strengths and weaknesses of each one of these sites can very well be a post on its own (one i started to draft several times already).

In short i would say MMOGames.com has the most potential of the three and has taken several great bloggers in, but its informational structure simply isn’t quite there yet. Still, the site reminds me of reasons i used to really love Massively in 2010/2011: its’ authors are bloggers who love their games and are quite stable in their selection of MMORPG they play. With a little more continuity and a better structure/home page and less crappy games on their sidebar, this site could be great.

MMORPG.com is a mess- the site looks outdated, i can see no structure in their content and navigation whatsoever. It’s even hard to discern which games they cover, as they have adopted RPGs along with multiplayer games. While i do like some of their authors and commentors, this site needs a do-over badly. They promised being close to launching a new layout when Massively closed last year- possibly as a way of trying to catch some of that audience, but it still hasn’t happened.

As for Massively Overpowered, it’s the most professional of the three. The layout (despite being at least based on a free WordPress template) is clear and functional, as is the navigational and informational structure. The authors know how to write and, at least in my opinion, have a very professional stance. However, i feel it has developed to a news site more than a “blogger site”. Even their game-specific columns are oftentimes more about news relating to the games than, well, describing gameplay experience, the lore or whathaveyou (exceptions being Anatoli’s old Guild Wars 2 column and the new Black Desert column by Matt Daniel).

All the more happy i am when Massively Overpowered does something “bloggy”, like featuring content of “regular people bloggers”, highlighting podcasts or something similar. I am, of course, happy if/when i or someone else i’m close with gets a mention there, but i’ve read some interesting comments in the last two i was mentioned in, as well.

It must have been the topics at hand (future of MMORPGs and Black Desert impressions earlier), with the latter seemingly counter to popular opinion- the quotes, despite being well-chosen, made the impressions seem worse than they were- so we got a lot of “how dare these bloggers have a different opinion than i?” comments and the former with being positive outlooks on the MMORPG genre as a whole or Daybreaks…stuff…in particular, where we got the “why are bloggers perceived as special?” and “why do they think they’re special?”-treatment.

Well, i’m kind of new in this whole thing, not very deeply connected to others from the blogosphere and not a popular blog by far, especially here on the new site, so these comments still kind of get to me- no, i don’t think i’m special or my opinion matters more than that of, say, a commentor on Massively Overpowered or on a forum or reddit. I’m simply adding one layer of personal enjoyment and community building on something i enjoy without that part. And i’m pretty sure that’s more or less what every one of them does- adding something, in this case writing, to their hobby.

Why i love reading your MMORPG blog

MMORPGs can be played in many different ways- maybe you enjoy dungeon runs, or roleplaying, or questing. Maybe you care about the lore, the quest-givers, your guild, pvp, gear or costumes. Maybe your thing is the economy, crafting or even horse-breeding. Whatever it is that gives you the most enjoyment in these games, chances are that it’s not exactly the same thing that i enjoy most. But maybe i’ll like to read about it or try dabbling in it myself to see if i might enjoy it. Or you’ll give some inspiration regarding ideas i could use in our small guild.

Is the MMO genre dead? Could Daybreaks hickups result in something good for Everquest 2? Is that game/ingame shop/game “pay to win”? Is pay-to-win even possible? I don’t know, but i sure have an opinion on most of these topics.  Oftentimes it’s not a well-founded or 100% thought through opinion, so i love reading what other people think, especially when it’s about games of minor interest to me.

Speaking of games, some of you are seducers, writing great posts about games i might have crossed off my list or didn’t have on my radar, and your excitement is contagious. Maybe i’ll send you a bill for the next purchase 😉 But you could be playing a game i love to read about or i didn’t keep in touch with and i’m wondering what impact some new feature/expansion/content has on players who stuck with that game and you’ll offer some insight. It’s really not about the game someone’s playing, as they’re in the same genre anyway and some stuff that works in, say, World of Warcraft, might be transferrable to a similar experience in Black Desert, for instance.

Some of you, i can only admire for your writing capabilities. I tend to babble a lot- many of you are able to write short, concise blog posts and still inflict your personality and character into your posts. There are bloggers who cut their content’s word count by half and their posts seem to be of the same or better quality, and have the same amount or more personality and character as before. Sometimes, you’ll even share some aspect of your real life, and some of you make it a point to blog about your real lives quite often and in the same posts you deal with your gaming life.

As i’ve said, i’m not deeply connected. Sometimes i think that’s my fault, for not being able to put personality/character in writing, sometimes i think it could be a location/time-zone/server location-issue. But i can see connections all over- people commenting on each others’ blogs, ping-ponging blogging topics, creating guilds, organizing blogging events and so on. And i’ve also made a few connections via blogging that i do value very much.

So that’s why i love reading your MMORPG blog and hope you enjoy writing it as much as i do reading it.

And i’d like to point you to my Blogroll– i’m not sure if i’ll stay with this one, but it is the one i like the most right now because i can include as much as i want. It might still need some configuration, but this is just too good a moment to let it pass.

17 thoughts on “Why i love reading your MMO blog”